News / Bitcoin (BTC) Falls on FUD of Tighter US Regulations

Bitcoin (BTC) Falls on FUD of Tighter US Regulations

Bitcoin (BTC) remained unstable throughout last week as previously expected. A mix of fearful trading and focus on leveraged positions, BTC also reacted to macro news and geopolitical tensions. With a shifting landscape of global news, BTC dipped under $42,000 late on Thursday, just hours after holding above $44,000.

BTC traded at $40,735.49 ahead of the weekend, extending the slide from $41,500 late on Thursday. This time, the dip caused initially limited liquidations, with the potential to cause more significant cascades.

BTC faces pressures from an expected higher rate hike by the US Fed, in an attempt to curb signs of growing inflation. At the same time, BTC is seen as a store of value for the long run, with short-term rapid turns. The price slide on Thursday liquidated about 831 BTC or $34.24M.

Inflows of stablecoins to exchanges may turn the tide on BTC again, extending the trend of growing USDT supply and other dollar-affixed assets. Glassnode data show continued outflows of BTC from exchanges, combined with near-peak levels of inflows from stablecoins.

The increased liquidity may be signaling readiness to buy. Some of the BTC supply on exchanges also remains relatively illiquid, suggesting readiness to hold until prices catch up to reasonably high prices.

The heightened volatility of BTC may also invite decisions on taking new leveraged positions. At this point, BTC may have broken away from a potential trek to $50,000 and a crash under $30,000 is not out of the question.

The switch in direction made Ethereum (ETH) sink just under $3,000 again. Most altcoins also took a step back, though with much smaller losses.

Despite the fast price drop, the Crypto Fear and Greed Index actually improved, up from 46 points designating fear, to a neutral position at 52 points. BTC sentiment is also fully neutral, potentially swaying to bullish based on network growth and transfer activity. After the latest dip, El Salvador continued to buy BTC.

The country may add another $4B Bitcoin bond to add to its crypto portfolio. Despite international criticism, the country’s president Nayib Bukele is adamant about adding more BTC and “buying the dip”.

BTC may also be deleveraging, with some trading moving to options to stave off risk. The overall consensus is that 2022 may be a year of surprises, and a new rally to previously predicted highs is not guaranteed. BTC continues to increase its volatility, potentially reacting to news and shifts in market expectations.

BTC is expected to step back on the release of the Fed meeting minutes, potentially pointing to a future rate hike decision.

BTC has thrived on a rate of 0.25%, with the expectation of another 0.25 hike in March. There are also calls that the actual rate rise would be 0.5%, to counteract the rising inflation faster. BTC is yet to show its potential in the case of one or more rate hikes.

At the same time, the trend of BTC mining continues with a clear direction, suggesting demand for the remaining 10% of unmined coins remains high.

The BTC network is also consistently above 15,000 nodes across the world. One of the big problems for BTC may be the tracing and movement of coins, as more attention is paid to crypto transfers. The trend of de-anonymized wallets and traceable coins makes miners keep their coins for future use with no history.

The Ukraine Parliament moved on with a law legalizing the usage of digital assets. The law arrives weeks after Russia voted on similar legislation on treating BTC as monetary transfers. Both countries, despite their conflicts, are some of the most connected within the cryptocurrency network.

Mykhaill Fedorov, Minister of Digital Transformation of Ukraine, stated the country will benefit from the new laws and make cryptocurrency usage more transparent.

The news adds to the narrative of more countries reckoning the influence of digital assets. BTC is mostly regulated, at least when it comes to the last mile of exchanging it to fiat.

After the new law comes into force, virtual currencies in Ukraine will come under the scrutiny of the National Securities Commission. A previously proposed bill suggested putting cryptocurrencies under a new task force, but a more parsimonious solution was proposed and voted with 277 votes in the Ukrainian Rada.

Other aspects of cryptocurrency usage still remain unchecked – DeFi and decentralized trading, as well as minting and reselling NFT images. 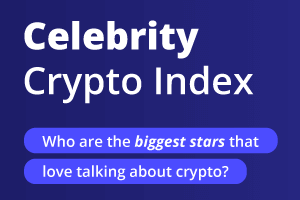