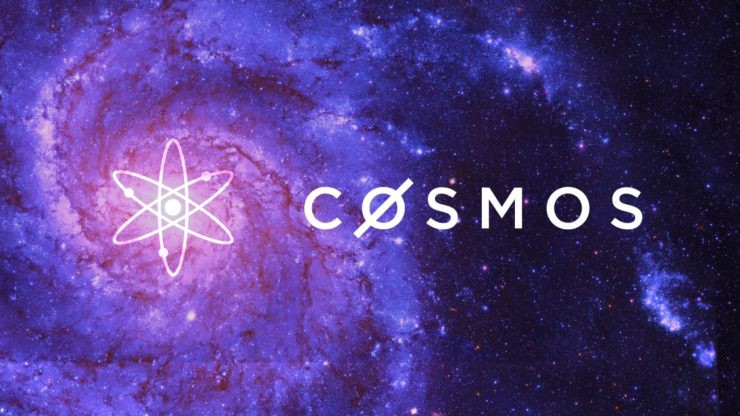 Cosmos (ATOM) was one of the network crypto assets to go against the overall market drop. ATOM added more than 20% in the past week, while the rest of the market slid by more than 10%. Bitcoin (BTC) also showed weakness as trading volumes fell, sinking below $47,000, and Ethereum (ETH) retained the $3,700 range.

ATOM traded at $38.25, up more than 6% in the past day, with trading volumes close to the highest for the past few weeks. ATOM is near a monthly peak, reflecting new developments for platform coins. ATOM was part of a series of breakout rallies for some of the coins that are trying to recover from recent sell-offs.

The boost for ATOM comes from the potential of Cosmos network to grab more use cases for blockchain interconnections. Cosmos aims to build a hub for blockchains, improving the existing bridging technology.

The Cosmos blockchain will start the new year with its own meme token, with the potential for holders to build another hub of liquidity and value.

But Cosmos also has a longer list of upgrades coming, and builds upon a series of successes from the past year. The Cosmos network saw side projects build inter-chain smart contracts, as well as inviting capital inflows from the Ethereum network.

Growth is also coming from NFTs and potentially gamified finance.

ATOM is not being fully used within the ecosystem, and with time may move to a higher tier similar to Solana. For now, the Cosmos hub of blockchains is still small, but may grow in the coming years.

In the short term, ATOM is expected to return above $40, though the rally remains risky as the market seeks direction and battles fears of another bearish year.

The Cosmos ecosystem quietly added value over the past year, bringing in more than $8.7m in total value locked. Most of the value comes from Stafi (FIS), a liquidity staking provider. Despite the potential for Cosmos to gain liquidity, its pool of projects remains small, based on DeFi Llama statistics.

The Binance International exchange added new pairs to several of its most active tokens. ATOM will gain liquidity through an ATOM/ETH pair, potentially creating a market for arbitrage.

ATOM has an almost negligible pairing with ETH, listed among “other” trading pairs. As with other assets, USDT is the most important base asset, with only 8.3% of ATOM trading happening in the ATOM/BTC pairing.

ATOM does not compete directly with ETH, but its network may grow based on projects copying their platforms from Ethereum and onto Cosmos.

The IBC hub, which will build the technology for inter-blockchain connection, will be highly active in the coming year. The arrival of new projects may continue to drive ATOM growth.

The arrival of cross-chain NFTs may expand the creation of collections and games, locking in more value with ATOM. In-wallet NFTs make access even easier, and in the past year it was collectibles and games that drove mainstream adoption.

At the same time, play to earn tokens as a whole took a step back, as the market is seeking direction and sifting out the good projects from the overhyped ones.

How High Can ATOM Go

The positive factors and building behind ATOM has set expectations for levels as high as $80 in 2022. Appreciation may depend on the use cases and demand for ATOM. In the case of Terra (LUNA), it was the need to stake LUNA that lifted its price to the three-digit range.

Price predictions for ATOM happen at a time when the crypto market has lost some of its peak value. The total market cap has fallen to $2.2 trillion, down from almost $3 trillion during peak rally times.

Despite this, there are expectations for ATOM to rally significantly in the coming year.

ATOM may also join the group of well-established tokens and networks that support DeFi. However, some of the predictions hinge on an all-out bull run for the market, with BTC vaulting $200,000 by the end of the new year.

ATOM can also rally independently, as its price expanded to $39.72, making the $40 range realistic in the short term. At the same time, BTC remained under $46,500. Breakout assets once again showed some projects had more upside, with Near Protocol (NEAR) rising more than 24% overnight to $16.99. Fantom (FTM) was up more than 18% to $2.87.