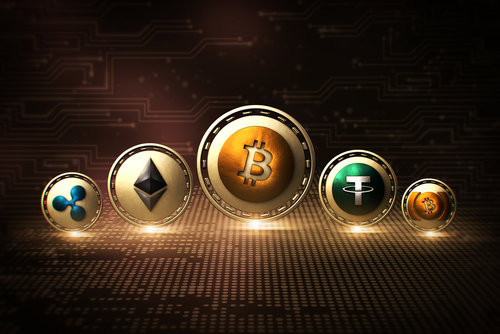 It is a big green day in the cryptocurrency market. After a long-lasting consolidation in prices, most of the coins have made a move to the upside with impressive momentum, taking the global crypto market cap up by 9% within one trading day.

The hopes in the crypto market were diminishing ever since the market took a dip to the downside in early September. Not only did the sellers gained strength every step of the way, the buyers barely showed their presence. But, as the consolidation phase began at the support levels, the bias gradually shifted towards the bulls. As a result of the higher timeframe bulls going long, the market made a strong push north. In fact, some cryptocurrencies have even managed to break through significant resistance levels.

The BTC market never fails to amaze during crypto downturns. After getting hammered from recent highs of $52,000, the prices began to trade at levels around $40,000 – a major demand zone for the long-term buyers. The market did play out as per anticipation, as the support held firmer than expected. Despite the sellers attempting for lower low multiple times, the buyers at the support level maintained grounds. But the sellers did not give up easily either, which can be clearly pointed out based on their momentum.

As the dilemma among traders grew regarding the market making another push to the downside, the institutional buyers stepped up and shot the prices straight up from $41,000 to $47,000 with two gigantic Daily candles. This move is quite significant for BTC as the percentage gains are much greater than the everyday average.

When traders were in anticipation of another drop, over $270M in short positions was liquidated in a matter of minutes, as a consequence of the market making a major impulsive move to the upside. And this liquidation helped boost the market higher both in terms of price and velocity.

BTC and ETH Outshine All the Way

As mentioned earlier, Bitcoin crypto typically outperforms altcoins when prices are transiting to an uptrend after a major downfall. Ascertaining from the current trend, it is evident that history has repeated yet again. Despite the Bitcoin market going through a considerable bearish phase relative to the rest, the prices have managed to reverse to the upside, performing much better than top altcoins projects.

No doubt that most of the altcoins have made a significant move north, but the fact that they are yet to breach through resistance levels gives lesser bullish bias on them. But Bitcoin and Ethereum, on the other hand, have outperformed the rest of the tokens such that both coins have surpassed their major supply level. To put it in perspective, Bitcoin is trading over 5% above its resistance zone while Ethereum crypto is about 4% above it.

As altcoins are fighting to push above the recent hurdle levels, the world’s two largest cryptocurrencies are heading to their recent Daily timeframe highs.

The crash in September left investors concerned about their investments as the bears made their entry quite aggressively. The consolidation occurred twice around the demand levels, but one of them was devoured by the sellers. As a result, the market potentially turned into a downtrend with its first lower low and lower high sequence.

Having that said, the market took an interesting turn after it began taking support at $41,000. When observed carefully, every reaction from the buyers at the support came with high intensity. Finally, after three attempts by the buyers at the $44,000 resistance, the buyers took over the level firmly and made a new recent high.

Currently, the Bitcoin market is trading at around $47,000 and is heading to the next level of resistance, as we speak. However, it is uncertain that the supply at $49,000 would bring the market down for another round of selling, or the current demand would overweight it.

The Ethereum crypto market has been following the trajectory of Bitcoin ever since the prices took a dip earlier this month. Although ETH had a great run, stronger than Bitcoin arguably, the buyers failed to sustain as they reached the $4000 mark.

After tanking about 30% from its recent highs, the ETH market started to trade around $3000 or so. But as the price was holding at the buyer’s area of interest, the prices went into a range.

Finally, as the sellers threw in their towel in the last week of September, buyers took over the market thereafter and broke above the resistance level.

As of writing, the prices are trading around $3,200, which is 12% lower than its previous highs. If Bitcoin manages to reach its recent highs without major retracements, it is certain that Ether token would also find its way through the recent highs at $3,625.

Now you can get Bitcoin, Ethereum, and most of your other favorite cryptos from our list of popular and reliable cryptocurrency exchanges.