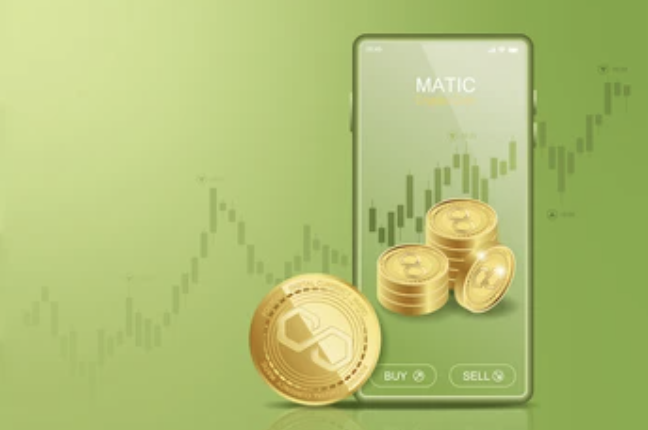 The entire cryptocurrency market is going through a dip phase after the sellers are reacting off the highs. This move down can either be looked upon as extended profit-taking or the buyers going through a retracement.

On an individual performance aspect, Bitcoin is dropping quite aggressively lately, and Ethereum is also taking charge as a laggard. The rest of the altcoins, on the other hand, are having a tough time keeping the market at a higher level, though the momentum is on the bulls’ side.

But the updates with respect to the technology and fundamental front do not seem to take a pause, regardless of the fact that the prices of the tokens are getting hammered.

Ethereum Layer 2 solutions, which are systems built atop of the Ethereum blockchain that manages transactions outside of the Ethereum public blockchain, have been on the increase as developers attempt to improve Ethereum’s scalability as the number of users and apps is on a massive rise. And of the best examples in this sector is Polygon. Formerly known as the Matic Network, has gained a lot of traction in the last few years for the use case it offers in the form of scaling the Ethereum network. By effectively addressing the scaling issues of ETH, Polygon has become a go-to layer-2 solution.

Polygon Miden, launched today, is a Layer 2 ETH scaling infrastructure that leverages sophisticated zero-knowledge (ZK) encryption to improve the scalability and privacy of both Polygon and Ethereum.

In essence, Polygon Midenan is an EVM-compatible scaling solution that employs zero-knowledge scalable, transparent argument of knowledge (ZK-STARK) technology to lower the amount of data that has to be sent between users and allows operations to be confirmed more quickly.

Polygon has pledged $1 billion to ZK-related initiatives. Polygon Hermez and Polygon Nightfall, an open, confidentiality rollup, are two of its ZK-based scaling solutions.

Polygon, a project established in India, has experienced rapid expansion in conjunction with the advent of DeFi, NFTs, and crypto-based gameplay. According to DeFi Llama statistics, there is presently approximately US$4.8 billion in total value locked (TVL) in protocols on Polygon.

On the worldwide NFT Trading Platform Opensea, Zombie Art has been a hot topic lately. As blockchain prepared the path for the birth of a new digital asset category, the NFT industry has experienced exponential advances this year. Many of this year’s greatest gainers were featured during the recent NFT expo and community gathering, NFT.NYC, including Bored Ape Yacht Club and Crypto Punks, however, the recently minted Billionaire Zombies Club is now one of the quickest increasing ventures in the digital asset industry.

While the discussion over the environmental impact and long-term impacts of Blockchain-based assets continues, the Polygon network provides a very energy-efficient alternative. As ETH gas fees continue to climb, Billionaire Zombie Club has demonstrated that Polygon can fill the vacuum.

The 21st largest cryptocurrency, Polygon, with a market cap of more than $10 billion, has been on a massive run to the north since the beginning of the year.

After setting an ATH at around $2.6 in May 2021, the price has not been able to breach it ever since. The crash that came thereafter brought the prices back to a higher low of $0.6, which turned to be a bottomed price.

In a matter of three months, the prices surged more than 200% from the lows of $0.6, putting it a recent high at $2.2. The recent high did not sustain, which brought the price back to another possible higher low of $1.6. Currently, the market trades at $1.5, which the market has attempted to hold at for the first time.

The price action of Polygon crypto has been very volatile throughout the year. In the second quarter of this year, MATIC made its ATH along with the rest of the altcoins.

As the retracement came in aggressively, the market left the buyers with no say. In fact, the sellers came in the form of lower lows and lower highs, putting the ball in the sellers’ court. But as the demand zone at $1 brought the higher timeframe buyers back to business.

The most recent lower high was tested at $1.8, which ended up making a higher low. This was indeed the first sign of the big buyers showing up.

As a result, the market took support for the second time at $1 and ran north to breach the recent high of $1.8. But as the retracement came in from the new high, the market failed to hold at the S&R level.

As of writing, the sellers are pushing the market south, approaching the demand levels – $1.4 and $1.2. It is about the momentum of the buyers, which shall decide the demand that would sustain.

Now you can get Polygon crypto and most of your other favorite cryptos from our list of popular and reliable cryptocurrency exchanges.