News / Bitcoin and Ethereum Continue to Surge – Are We Heading for ATH?

Bitcoin and Ethereum Continue to Surge – Are We Heading for ATH? 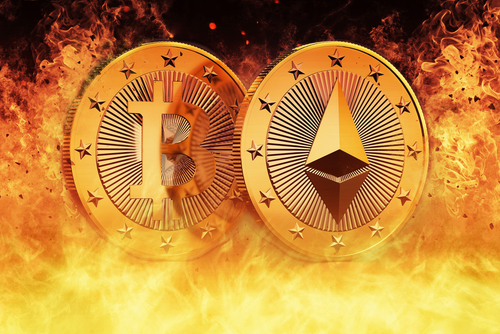 As long-term investors continue to buy into the crypto market, the whole industry has regained some positive momentum. The Bitcoin market was the first cryptocurrency to head north, which was indeed unsurprising. And it appears that the buyers have not yet moved into the altcoin market.

With Bitcoin crossing the $57,000, altcoins are following suit, although at a slower pace. Technically, Bitcoin has successfully broken through many of its supply barriers, whilst altcoins have failed to do so in the last few weeks.

The buyers grabbed control and turned the market around when BTC  crypto bottomed out at $40,000.  Starting from the $41,000 support level, the price steadily increased to $47,000 without drawing whale sellers along the way. Strangely, the market did not deter at $47,000 – a massive supply zone, instead soared to a new high of $55,500, with the same strength as the previous push. As of writing, the world’s largest cryptocurrency trades at $57,400 after breaching through a mini consolidation.

The price action of Ether token, to an extent, was along the lines of Bitcoin crypto. As BTC bottomed out in the third week of Sept at $40,000, Ethereum correspondingly made a low at $2,700. After which, the prices have been heading north week on week. Amid breaking through its evident resistance at $3,100, the market smoothly continued rising up to$3,600. Currently, the market is trading at the same level, repeatedly attempting to break through the barrier.

BTC’s market capitalization has been thriving higher lately. But the market cap dominance of BTC has been drifting horizontally as altcoins have regularly excelled despite significant downturns.

After holding a market share of over 65 percent in 2020, BTC’s market cap dominance fell below 50 percent in 2021. And, to date, the dominance has not reached 50%, indicating that purchasers are interested in the alternatives of Bitcoin.

However, if we were to look at the trajectory from another perspective, BTC’s supremacy remained firm over 40, despite altcoins’ early 2021 outperformance. Additionally, Bitcoin suffered the least harm during market downturns, allowing it to rise to 47.5 percent.

In terms of the current trend, BTC token has seized support at 40% for the second time and is going higher ever since.

Presently, the dominance is at 45 percent, which is greater than it has been in the past, owing to the BTC market’s recent upswing. According to current patterns shown by the Bitcoin price market, the dominance might return back up to 48 percent before the altcoin market takes charge.

Bitcoin, which was being teased as a slow performer in the recovery phase relative to altcoins, has proved the opposite.

As the accumulation period came to an end in the fourth week of July, the BTC market began to surge north, pushing prices up to $52,000. In technical jargon, this move might be considered the buyers’ initial impetuous push.  Now since the uptrend was in full swing, it was also reasonable to expect a higher bottom before the market resumes its upward trajectory. As a consequence of the first strong push by the buyers, the price of Bitcoin met resistance near $52,000 and fell by over 20% from the recent highs.

The market began to slow down around $41,000 after falling in a classic decline with lower lows and low highs.  Because it was previously above a lengthy held resistance, this price level had the capacity to sustain as a strong support zone. Despite the momentum of sellers, the way down, the market managed to hold its footing at the lows. The consolidation between $40,000 and $44,000 was crucial since it is effectively a game-changer for the BTC’s price action ahead. However, when buyers clearly seized control of demand, the market skyrocketed to keep the ball in their court.

As of now, the prices have taken another jump off the support that was barely visible on the higher timeframe. BTC currently trades at $57,469, which is about 2% lower than the highest and largest resistance of Bitcoin.

Given the buyers accumulating at higher and higher prices, it is highly possible for it to test the resistance as well as the ATH for the matter.

Ethereum Follows Bitcoin, No Sight of Taking the Lead

As the focus is being put only into Bitcoin at the moment, the altcoins, including Ethereum, are struggling their way up. But Ethereum crypto does seem to be catching up with Bitcoin.

With a similar trajectory as that of Bitcoin, the Ethereum market has been pumping at a decent rate for a few months. In fact, a month ago, it almost made up to the ATH. Currently, the prices are inching higher but have essentially not broken any major resistance level as of yet. However, if the entire crypto market remains bullish for the next few sessions, there is indeed a high possibility for ETH crypto to touch its ATH along with Bitcoin.

Now you can get Bitcoin, Ethereum, and most of your other favorite cryptos from our list of popular and reliable cryptocurrency exchanges. 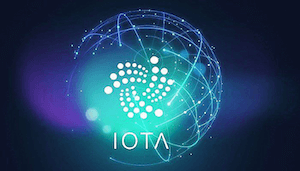 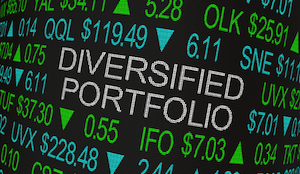