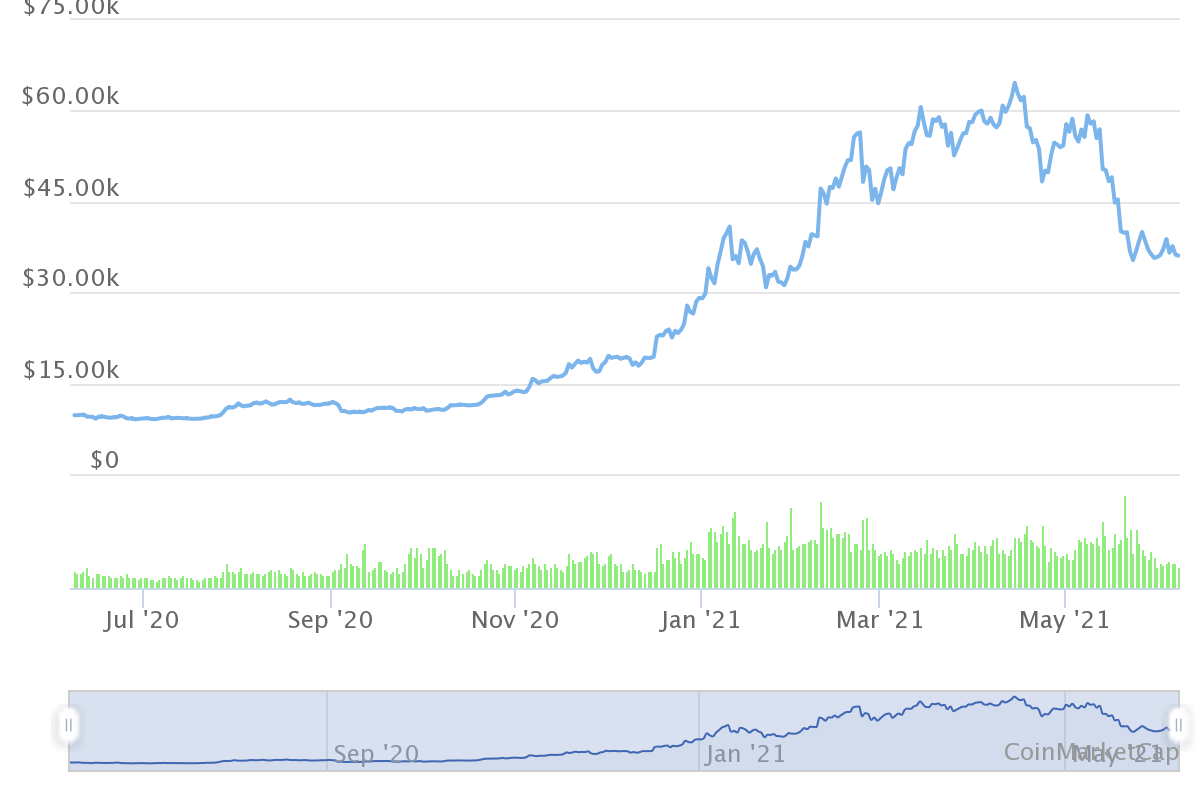 Bitcoin (BTC) is taking a breather following the recent Miami conference. The asset established itself above $36,000, moving sideways for days. On Monday, altcoins recovered with more strength, led by DeFi coins and tokens. Ethereum (ETH) moved again near the $2,800 range. The BTC market cap dominance shrank to 40.9%, near the indicator’s two-year lows.

At the same time, BTC continues to lead, with renewed bullish factors potentially boosting the market in the second half of the year. For one, the trend of accumulation has been renewed after the market capitulation at the end of May.

There is a noticeable withdrawal of coins from exchanges, all happening in the span of a few days. The recent price crash tested the recently acquired coins, as some of the buyers may be under the water.

Additionally, Glassnode noted a dip in the indicator of “coin days destroyed” since the end of May. This indicated a trend to hold onto coins, as the indicator spikes when big entities move BTC through wallets, or BTC gets sent to exchanges.

Due to that trend of long-term accumulation, BTC has not broken below the bounds of the S2F model. Currently, the model suggests the price is even more promising in terms of growth, compared to the March 2020 capitulation.

The Taproot upgrade is a series of improvements on the Bitcoin network to add privacy and optimize transactions. The upgrade faced a period of signaling from miners, which was initially contentious. But at the end of May, most miners signal they are ready to adopt the upgrade.

The consensus of miners, where more than 90% needed to signal in favor of the upgrade, removes the hurdle of a more protracted process. The fall of 2021 will see the upgrades and proposals go live on the network.

The upgrade is also known as a soft fork, and will not lead to the creation of new assets or a chain split.

BTC has been used as an informal payment gateway very soon after its creation, and for years thereafter. But it also had the reputation of an Internet coin, or a gamer currency. In 2021, BTC is considered a digital asset, and has official markets set up. However, BTC still does not have the status of money, and no cryptocurrency has the status of legal tender in any country or territory.

BTC is still used through merchant gateways, under the condition of going through a KYC process for sums above a certain level, to avoid money-laundering and terrorism financing.

But this may change, after a statement by the President of El Salvador Nayib Bukele. He plans to introduce a bill that will pave the way for accepting BTC as legal tender, making El Salvador the first nation to add a digital coin beside the function of its national currency.

Other attempts to add a digital coin as legal tender include the Marshall Islands project of creating SOV, or Sovereign Coin. The asset however did not materialize and remained in its preliminary stage. The Venezuelan idea of the Petro also met with problems, including the creation of fake, inactive tokens of the same name.

President Bukele went on to join the social media discussion of BTC, and even adopted the laser eye picture in support of wider adoption.

The economy of El Salvador is highly dollarized, and dependent on cross-border remittances. For locals and emigrants, this means relying on the banking system, which often levies high fees for international transfers. BTC fees remain unpredictable, but the asset has been used unofficially in parallel to national currencies in many countries.

BTC is still volatile, with the possibility of revisiting the $30,000 range. Low volumes and erratic activity on weekends can undermine some of the price gains.

BTC trading volumes are sinking below $30B per day, mostly on a slowdown in derivative trading activity. The lower volumes can translate into more erratic price moves.

Even the short-term correction, however, plays into a longer-term pattern of returning to a lower price range before a bigger rally. In 2021, interest in crypto assets is growing, and short term events may only serve as a temporary setback.

For analysts, this pattern recalls the events of 2017, when a crash was followed by an all-time high in just four months. The model also coincides with the trends of the rainbow BTC price scheme. The current stage suggests the best strategy is to hold the coins, though with some risks of dipping to a lower range.