DeFi Leads In Market Recovery As TVL Rises To $65 Billion 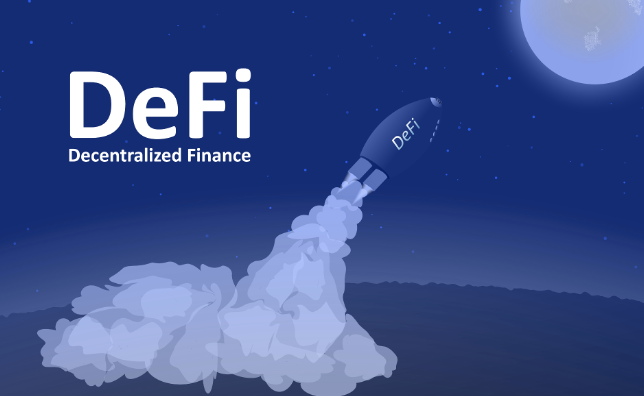 It is not the first time that the crypto market is down by about 40%. And the drawdown percentages are no big figures as the largest of the stocks, including Apple, Microsoft, Google, etc., have observed similar drops in the past. It should be of no surprise that a budding market is experiencing a bear market after a massive bull run. In fact, analysts believe that corrections are indeed natural and healthy for a market.

And not to mention, the recovery in all the market is in progress, with impressive technicals. Bitcoin cryptocurrency has pulled back 15% after the crash, while altcoins have observed larger pullbacks.

With cryptos growing at an unimaginable pace, they are now being categorized in different ecosystems, considering their technology and use cases. Some examples include DeFi, Storage, DAO, gaming, AI, Oracles, etc.

Out of all the categories, DeFi has come out to be a winner during the current recovery phase of the market. Its overall performance and returns from the tokens have been much better than other crypto assets.

Decentralized Finance Above All

The DeFi economy that was in the boom for quite a long time slumped a couple of weeks ago. However, the rate at which the DeFi exchanges and tokens are picking up much faster than other crypto subspaces.

According to the data from DeFi Pulse, the Total Locked Value (TVL), which was at almost $90 billion in mid-May, dropped to $50 billion by the end of May. The crypto tokens also saw a similar fate, where most of the DeFi tokens were down over 50%.

That being said, the market began to recover at an impressive rate in both TVL and token price. As of writing, the TVL (USD) has jumped to $65 billion within a week, and the tokens have recovered over 20% from the lows out in late May.

Furthermore, according to the records, Aave token stands at the first position in the lending category with $9.50 billion locked USD, while Curve Finance tops the Dexes category with a locked (USD) of $7.07 billion.

The statistics show that $19 billion was swapped on decentralized exchanges such as Uniswap, Sushiswap, 0x Native, Tokenlon, and Curve in the last seven days. To elaborate a little clearer, $11.4 billion in volume came from Uniswap and $2.4 billion from Sushiswap in the past week. Besides, Pancakeswap (CAKE), a popular Dex on the Binance Smart Chain, observed $20.4 million in volume within 24 hours.

On the other hand, DeFi user addresses have been increased impressively since the beginning of 2021. According to Dune Analytics, there are 2.64 million unique addresses as of today.

Now, let’s shed some light on the technical analysis of some Defi tokens and determine whether the price action is in sync with the above numbers.

UNI, which was hovering at $3 for quite a while in the last quarter of 2020, blasted up north, making an ATH to $45 in May 2021. While the uptrend was in-tact, the recent drawdown in the entire crypto market washed away the gains in UNI as well, taking to as low as $14. However, the buyers from the Support seem to have stood up strong as the price recovered to $27 in no time.

The market has been moving in a range for the last two weeks. The strength seems to be coming from both buyers and sellers, as the sellers are firmly holding the price beneath the channel. The buyers did make a couple of attempts to breach through but were unsuccessful.

As far as the current price action is concerned, the sellers are trying to push to market down from the resistance as they did previously. However, if they fail to reach the Support this time, and the buyers step up (in price), the occurrence of a break-out is doubtless.

Pancakeswap (CAKE) has been one of the biggest launches on the Binance Smart Chain. CAKE was trading at levels of $10 in the month of March 2021. And during the last week of the month, the price skyrocketed to $44. After the bull run that lasted for six weeks, the price went on a freefall in May. The sellers took control such that they got the price back to the demand zone.

As it can be ascertained from the below chart, the buyers reacted firmly when the price reached the demand area. Within two weeks, the market returned over 100%, as the bulls took the price to $18.

Finally, if the market successfully breaks and holds above the Resistance, we could expect the price to sail up to its ATH again.

Above were two of the many DeFi category tokens that we are bullish on in the long term. With cryptos evolving remarkably, the further development in this tech cannot be concluded as void.

Have you invested in any of the DeFi tokens yet? If not, here are some reliable crypto exchanges where you can get them effortlessly.