News / Bitcoin vs Ethereum: Who is the Faster Runner?

Bitcoin vs Ethereum: Who is the Faster Runner? 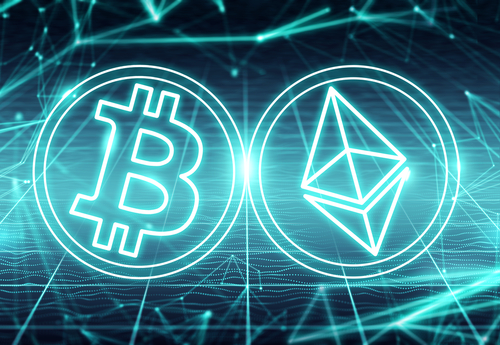 The entire crypto market is in a retracement phase after a sharp fall in prices. However, looking at the big picture, the up-trend looks intact, with the buyers clearly maintaining grounds. And the recent fall has turned out to be a regular tail in the 1M candlestick.

Having that said, the question remains – Are the sellers here to stay? Let’s find that out here by considering the two of the crypto giants – Bitcoin and Ethereum.

Is Bitcoin really in a Trend State?

Bitcoin (BTC) against the US Dollar is currently trading at $54,400, which is about 25% lower than its ATH.

The above illustration indeed puts us in a matter of concern if BTC is transiting from a trend state to an inclined range. The latter indicates the presence of bears in the market.

A Leading Venezuelan Aviation Academy to Accept Bitcoin as Payments

The above update is just one of the many adoptions of Bitcoin in the country. For instance, earlier last month, a satellite TV provider allow its customers to pay their bills using cryptos.

If we were to zoom the chart out a little bit, the story changes – giving better clarity.

The entire flow of the market is inclined north. The bulls breached through the resistance at $41,272 and turned it to a respectable support level. Since that push, the market has been moving in a sideways channel.

The drop from $65,000 is accountable, but what about fall beneath the bottom of the channel? Signs that the bears are up for a deeper retracement? The latter cannot be considered certain, as the buyers shot right back up from the support at $47,500.

With the current price action and recent fundamental updates in mind, we see a couple of possibilities – both biased towards the buyers.

If the price smoothly inches higher through the bottom of the channel as shown, there is a high possibility for the market to make a new ATH.

On the flip side, if the buyers fail to breach through the channel, we can anticipate another drop – lower than the previous low, before the buyers bring their presence in the market.

Ethereum at ATH – Just a faker?

Ethereum (ETH) recently made an ATH to $2,700 and is currently trading around the same price levels. However, Bitcoin is still 25% lower than its ATH. The initial assumptions do put Ethereum above Bitcoin, but we need to determine if this ATH is a real move by the buyers or simply a faker to crash the market later. Let’s dive deep and find out.

As illustrated below, it is evident that ETH/USD is on an up-trend. The pushes getting longer is an assertion that buyers are getting stronger every step of the way.

Unlike the Bitcoin market, there are no signs that prove the existence of the sellers. Of course, there are quite deep retracements in the market shown below, but they are simply part of a trending market.

Taking the Price Action a little deeper, the buyers seem to have found resistance at $2,550. On the first attempt to make a higher high, the buyers failed. However, on the second attempt, the buyers left a higher low, as shown, and are now trying to hold above the resistance for it to act as a support.

Thus, if the buyers hover around the same levels for a much longer time, another push by the buyers is certain.

On the news front, according to a report from Bloomberg, the Luxemburg-based European Investment bank will be issuing 2-year bonds on the Ethereum blockchain network. The technical side of things will be managed by banking giants like Goldman Sachs, Societe Generale, and Santander Group. The issuance is not novel for these banks as they have already issued bonds in 2019 to test the blockchain technology.

In the end, the price charts speak the truth. On the overall perspective, both Bitcoin and Ethereum are to follow the same trend. However, if we analyze things nitty-gritty, the buyers seem to show more interest in Ethereum considering the current price action.

If you made have made your decision on investing between Bitcoin or Ethereum –choose an exchange from our list of exchanges to instantly invest in either or both. Happy investing!