News / Do You Have These Three Underdog Cryptos In Your Portfolio? SC, ONT, REN

Do You Have These Three Underdog Cryptos In Your Portfolio? SC, ONT, REN 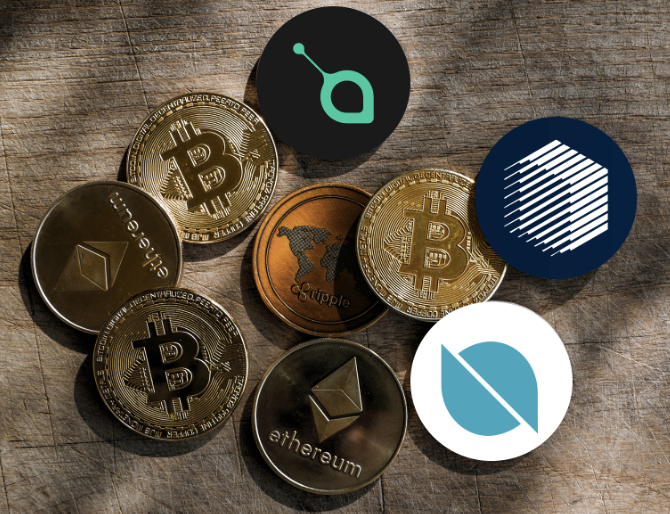 It’s been a couple of weeks since the markets are moving sideways after the freefall. With most of them trading about 40-50% lower than their all-time-high, the Whales, as well as retail investors, are looking to make their way into the market – as the fundamentals are still strong and the charts are at a crucial demand zone.

The first thing that comes to the mind of novice investors when asked about cryptocurrencies is – Bitcoin token. Unfortunately, many are unaware of altcoins and sceptical about their reliability. This has indeed reduced the profit potential of these investors.

Cryptocurrency analysts strongly believe that Altcoins are going to be the future of cryptos. Considering the fundamentals, the technology behind altcoins is primarily focused on adding features unavailable in Bitcoin and improving its current system.

The proof of the same can be witnessed from their price action. Several altcoins have had a bull run since the beginning of 2021, all returning an average of over 200%.

That being said, there only a handful of altcoins that people believe and rely on. There is a misconception among the people that the higher the market cap, the higher is the reliability of the coin. Market cap is, of course, one of the factors, but the technology behind it and the historical price action also plays a vital role in the determination of the value of any crypto.

Following are some hand-picked cryptos with a relatively low market cap that have high potential in the future – both fundamentally and technically.

Sia is distributed, decentralized cloud storage platform based on Blockchain. It is a secure and trustless platform store data on the cloud in a decentralized manner. Users can easily lease the unused storage space made available by Sia and pay via Siacoin (SC) – the native utility token of Sia.

There exist major cloud storage platforms, including Amazon’s AWS, Google’s Drive, and Microsoft’s Azur, that enable users to store data on the cloud in a centralized manner. On the other hand, Sia is directly competing with the existing cloud storage solutions by offering decentralized storage with competitive rates.

Siacoin token had a very impressive push from the buyers after a major consolidation of around 0.5 cents. It has returned over 1500% in the first quarter of 2021.

It made an ATH to 6 cents but did not sustain at these levels for long. The bears took over the market from April, which brought down the price of Siacoin to 1.7 cents. There is a 70% drop from the ATH, but one needs to understand that these percentages are normal in relatively low market cap cryptos.

Currently, SC/USDT is consolidating between 1 cent and 2 cents. And the buying from 1 cent seems to be coming from the Support (on the weekly timeframe). Despite the massive drop, the buyers maintaining grounds is a clear indication that they are not letting off the price plunge further.

The next crypto on the radar is Ontology cryptocurrency, which has been in the market for three years. It is an open-source blockchain working towards digital identity and data. Its infrastructure supports layer two scalability and cross-chain collaborations, allowing enterprises to develop a blockchain according to their needs.

Of 1 Billion total coins, 862 million of them are in supply – which is 86% of its total supply. Applying the basics, the scarcity in supply can increase the demand for the coin.

ONT, like many other altcoins, had a bull run between January 2021 – April 2021. But ONT was considered an underperform, as it gained only 500% in value compared to its peers that had much higher percentages.

However, a slow performer does not imply a bad performer. Currently, ONT is trading at its March 2021 lows, and the buyers are clearly holding at the demand zone.

If the market fails to drop from the newly formed S&R, the upside potential for ONT is not limited.

REN is the native token of Ren built on ERC-20 standards. With a total supply of 1 billion tokens, all the tokens are in circulation.

REN has been a consistent performer for years. The uptrend has been maintained since its launch and is still under the control of the buyers after the major crash that occurred a couple weeks ago.

The market breached above $0.59 in January and stayed around the ATH for over two months. The recent drop brought the price back to Support. And currently, the market seems to be attempting to hold above the Support – showing desperation coming in from the buyers. If the same price action continues, the price could head back to the ATH very soon.

The list does not end here. There are many other cryptos with great edge-cutting technology behind them. The above-mentioned were a few of them.

If you are planning on beginning your altcoins investment journey, you can get started with just a click from these reputed crypto exchanges.