Recent Happenings in the Meme Crypto Space You Should Know About 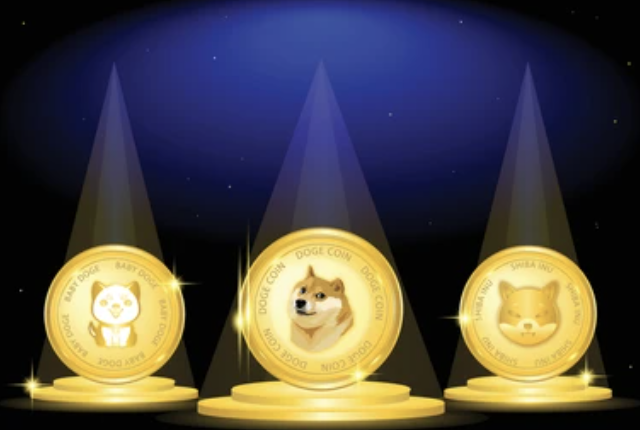 The crypto market is back in the green after a couple of weeks of massive pressure coming from the sellers. Although the current move can be a retracement for the bears to drag the market further down, it also looks unlikely considering the momentum of the buyers.

Lately, despite the volatility of the market with downturns, meme coins have been in the news for the buzz they are creating around the marketplace.

Out of the many meme-based cryptocurrencies, the Shiba Inu token and Floki Inu token have been gaining popularity besides Dogecoin crypto. Here are some interesting insights and recent happenings in and around these crypto assets.

After the creator condemned the enormous amount of fraudulent accounts that exist within the community, the Dogecoin founder and current project adviser have received hostility and insults from the Shiba Inu community.

Earlier, the Dogecoin creator tweeted about Jack Dorsey and included a phone screenshot of a comment thread with hundreds of links to bogus “Shiba” projects that have nothing to do with the genuine SHIB cryptocurrency.

“hey @jack can we do something about this it’s kind of a nightmare pic.twitter.com/GN2NKcWGUt” — Shibetoshi Nakamoto, November 19, 2021

Supporters of the Shiba Inu society reacted to Billy Markus’ tweet by attacking him in the comments for portraying the “Shiba Army” in a negative light, prompting Markus to create a brief thread detailing his views and feelings about the SHIB token and the community surrounding it.

“Shibetoshi Nakamoto,” remarked that it makes no difference to him whether cryptocurrency a person buys or sells. The only thing that matters to the Dogecoin founder is how people see him.

Later, he added that the same mentality applies to the Dogecoin community, as well as any other currency or token group that chooses to attack influencers who expose clear frauds and divisiveness in the crypto world.

When it first started to gain popularity in the market, Dogecoin was a bit of an oddity. It transformed the way the crypto market views and interprets the value of an item, regardless of its utility. Memes and community affection were the only things that moved the digital asset ahead. However, in much less than a year, the cryptocurrency became one of the most valued on the market.

Since then, Dogecoin’s creators have attempted to establish use cases for the cryptocurrency. Its value in the area has been enhanced by its usage as a payment mechanism. This does not alter the fact that Dogecoin was designed to be a joke at its foundation, and this, according to Changpeng Zhao, CEO of Binance, highlights the strength of decentralization.

In the past, the value of Dogecoin has moved dramatically. The meme currency, on the other hand, had developed to the point that it was no longer as volatile as it once was. It has also lasted in the market. Dogecoin has held up through market downturns and troughs. Its popularity prompted the production of other popular meme coins, such as Shiba Inu and Folk Inu. And it is individuals that determine their worth.

SHIB as Mode of Payment at McDonald’s?

Shiba Inu (SHIB) has had extraordinary growth and is one of the year’s most profitable assets. Because of celebrity endorsements and social media prominence, the cryptocurrency has made its owners billions. As a result, the Dogecoin-inspired token has been dubbed the DOGE killer. SHIB’s loyal fans are currently on a quest to get big crypto-asset exchanges like Coinbase and Robinhood to include the asset. Particularly, the fast-food mammoth McDonald’s is one of the well-known firms that pioneered the concept of taking SHIB as payment.

On the Change.org platform, The Shiba Inu army has been signing a petition to persuade major exchanges to sell Shiba Inu coins. At the time of publication, the petition had gathered over 530,000 digital signatures. McDonald’s, as one of the most well-known restaurants, has also come up with the notion of taking SHIB as a form of payment. A Twitter user demanded that the company accept the tokens as payment. In response, the fast-food behemoth stated that it respects his attention and is always evaluating the payment process.

Dogecoin has been one of the best performing meme cryptocurrencies this year. But, after the asset made its high all the way up to $0.7, the prices came down, crashing to lows of $0.2. Ever since the market got to these, there has not been a new ATH.

Currently, the Dogecoin market is trading at $0.23, with momentum lowering on both sides. It is about the interest of the whales that would decide the fate of dogecoin’s future price action.

Coming to Shiba Inu crypto, the price action of this cryptocurrency has been rather interesting after a couple of massive bull pushes it has presented recently.

As of writing, the market has dipped in the form of retracement and is hovering at the support levels. Solely basing it off on the momentum of the buyers on the previous impulsive move, it is highly probable for the bulls to slowly transit and continue with the next round of buying.

Now you can get the meme cryptos and most of your other favorite cryptos from our list of popular and reliable cryptocurrency exchanges.