These Three Altcoins Are on the Verge of an Upside Breakout 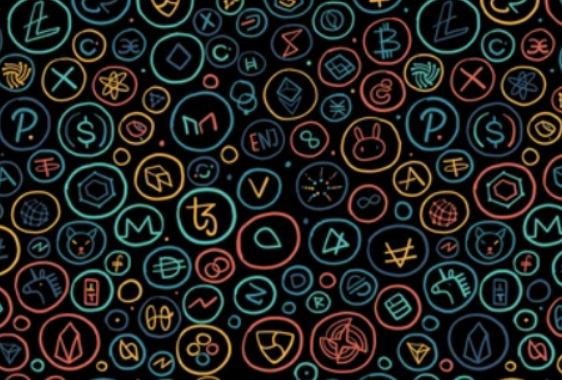 The cryptocurrency market looks to be back on track as Bitcoin’s bull run just doesn’t take a pause. The buyers in the BTC market have gone into extreme bullishness as every minor retracement is being bought by them with intense volume. In fact, the major supply levels have stopped reacting, as the buyers are getting stronger every step of the way. As a result, Bitcoin now trades at $55,000, only 7% below its higher-timeframe resistance.

In the previous week, it was clearly a Bitcoin mania as it was the only cryptocurrency that made some impressive bullish moves. But, as anticipated, this week, the altcoins took charge along with Bitcoin. Ethereum kept in sync with Bitcoin, while many other altcoins had extreme bullish sentiment. That being said, the price action remains underperformed relative to BTC crypto. Although the buyers have come up with great momentum, the resistance levels are still left unbroken keeps them behind Bitcoin.

However, a few tokens have managed through breach through their lower timeframe hurdles and are perhaps preparing to head further north in the upcoming trading sessions. Following are a few cryptos that are on the verge of breaking through their long-held resistance levels.

Ethereum’s layer-2 protocol is the first on the radar after the prices have been pumping higher and higher recently. The protocol has been on a roller-coaster ride ever since the crypto had gone mainstream. After presenting its massive bull run in the first quarter of 2021, it has been hovering sideways thereafter. Although the buyers attempted a couple of times to continue with the uptrend, the sellers instantly pushed the price back down. This left the MATIC crypto to consolidate between $1.0 and $1.6.

Of course, the consolidation was in a range of half a dollar, but the price action was rather interesting to witness. After taking support at the lows of $0.6, the market managed to push the prices all the way up to $1.5. This resistance, which was set at the beginning of August, has not been broken to date. As a result, the prices went into another miniature consolidation.

Amid a couple of attempts of the buyers to breach through the $1.5 resistance, the price dropped below the nearest support at $1.3. And the seller’s push on the way down came with quite high intensity. In fact, if focused on the recent impulsive pushes by the sellers, it is arguable that the prices have turned into a downtrend.

But after taking support at $1.1, it clearly looks like the buyers are back in business. In fact, as of writing, the market is attempting to hold above the $1.3, which is indeed a big sign of the buyers to keep the momentum going.

With Aave running a monopoly in the DeFi space, their token prices have been in great demand. Despite the markets taking a hit in recent months, the bulls of the defi sector have kept the native tokens under their control.

Shedding light on AAVE crypto, the price action of this token seems to be outperforming the rest of the assets in the DeFi space. If analyzed on the higher timeframes, it can be ascertained that AAVE never essentially went into a downtrend. But, on the downside of things, it has failed to continue its uptrend like the top-performing altcoins. After setting its all-time highs at $650 earlier this year, the buyers have been unable to breach above it.

Considering the recent data, the market has been hovering between the $425 and $300 marks. Although the trend is still north, the buyers struggled at the support levels. As a result, the price dipped below the next region of demand at $275. And the buyers are certainly stepping up from these levels. Now that the bulls have broken through the $300 miniature resistance level, it is possible for the prices to head back up to the previous Support level at $340.

The millennial crypto-asset offering decentralized cloud services are back in action. Despite massive competition coming from Filecoin, Siacoin has managed to keep up with its technology and services – the price action evidently shows.

The Siacoin token has been in a downtrend on the Daily timeframe for about two quarters now. Yet, the Weekly and the Monthly timeframe remain bullish. Although the price is over 60% down from the highs, the current price action shows that the bulls are preparing to drive the market up to all-time highs.

As the prices were shooting lower and lower, the market bottom-out at $0.008. The downtrend sequence of lower highs and lower lows failed to keep up. As a consequence, the buyers took over the market, where they showed their presence with a higher low at $0.015. Currently, the prices are battling to breach the resistance, which certainly looks possible in the upcoming trading sessions.

Now you can get your favorite cryptos from our list of popular and reliable cryptocurrency exchanges.