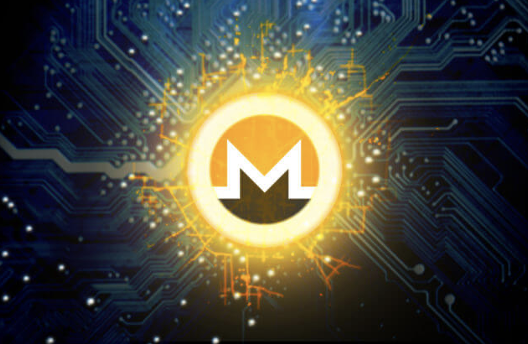 The crypto market has had tremendous success over the past year. Perhaps the only silver lining from the coronavirus pandemic was the subsequent mainstream adoption of cryptos. In the first quarter of 2021, the crypto market continued with momentum from 2020, with decentralized finance (DeFi) and NFTs taking centre stage. Despite this, well-established cryptos such as Monero (XMR) have continued making headlines thanks to increased adoption by institutional investors and undying enthusiasm from the crypto community.

Since the beginning of the year, Monero has gained over 244% in barely four months.

Monero (XMR) was launched in 2014. It uses ‘Ring signatures’ to cloak the sender’s identity and the recipient of the crypto. When you initiate a transaction, a group of signers sign the transaction, which hides the actual sender’s identity. Think of this as buying a gift for a colleague but having your entire office sign the card. This way, they won’t know who bought the gift unless you tell them. In this case, if you send Monero to someone, they won’t know you are the sender.

The current XMR bull trend began in early February when Monero enthusiasts started lobbying Tesla to include it as one of the official payment options. This was in the wake of Elon Musk hinting at Tesla accepting BTC as payment for its vehicles. In a bid to sway Tesla’s decision, the Community Crowdfunding System (CCS) raised 890 XMR at the time worth $150,000 to purchase three new Tesla Model 3 should the proposal be successful.

Although the bid was unsuccessful, it garnered tremendous publicity for Monero. To compound to this, Monero announced on February 15 the successful completion of auditing Bulletproof+, a zero-knowledge proving system. Despite the succession of positive news regarding Monero, XMR didn’t gain much traction, thanks to the crypto market downturn that lasted from mid-February till March.

The April bull run has been propelled by the introduction of Haveno – a Monero-based decentralized exchange on April 8, built by Monero community members. This has increased the possibility of the live rollout of atomic Monero swaps since COMIT already rolled out the demo XMT/BTC Atomic swaps on March 5.

Monero has positioned itself to take advantage of the growing appetite for crypto assets, especially institutional investors. This is thanks to their prescient developments of integrating the atomic swaps to DeFi.

On the daily timeframe, the support levels for the XMR/USD pair are at $290 and $195. The only round number resistance is at $440. With the current momentum of buyers, reaching that price shouldn’t take long for Monero (XMR). However, in case of any adverse selling pressure, the price could take support from the mentioned support areas before making a higher high. The price action on the daily timeframe clearly indicates a buy market as the price continued to make a higher high and a higher low. The formation of small bull candles closing one above the other implies the health growth Monero saw since the beginning of this year. Moreover, most of the reliable indicators like Stochastic, RSI, and MACD indicate a clear buy for this crypto at this point on the daily timeframe.

On the 4-hour timeframe, we can see a clear fight between buyers and sellers trying to take over the market. Overall, it is a buyers market with the price action making higher highs after taking support from significant levels. The price could reach the $440 mark and could go beyond that with $500 as a target. The current support levels for Monero are at $368.56 and $312.71 on the 4-hour timeframe. The Stochastic, however, is at the overbought condition indicating a sell in the short term. In the case of intraday trading, make sure to be cautious because buying can be a tad bit risky. But if you are an investor or a Swing trader, buying and holding Monero (XMR) at this point would be a great idea.

On the one-hour timeframe, the price action continues to make higher highs and higher lows. The 9-period moving average is below the price action, indicating a bullish trend. If you are a scalper willing to take advantage of XMR/USD price movements, consider going long as we do not recommend going against the trend.

We hope you find this article informative. Investing in Monero at this point is a good investment decision as experts are pretty optimistic about the price movements of this crypto. You can easily find the best price for buying Monero by visiting our popular exchange list. All the very best. Cheers!