News / Which Dip Are You Buying – Bitcoin or Altcoin?

Which Dip Are You Buying – Bitcoin or Altcoin? 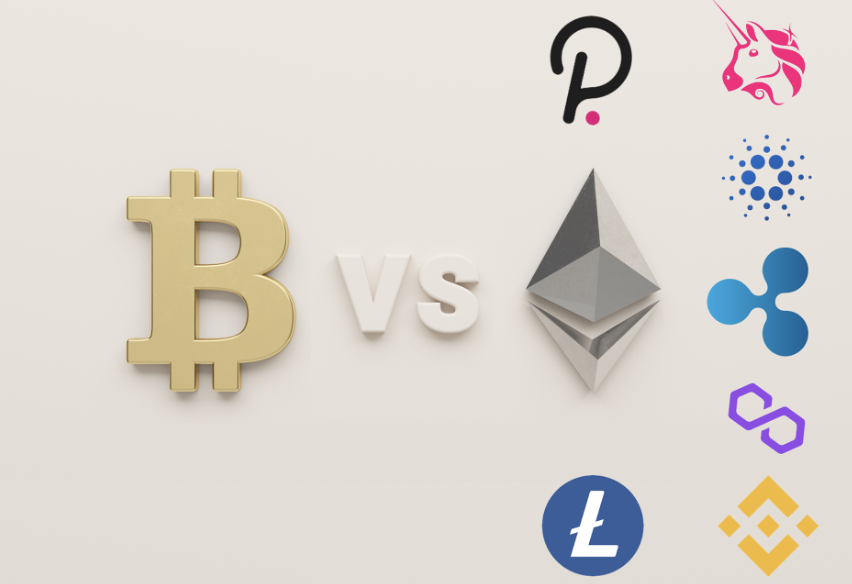 The last couple of weeks have been different in the crypto market. All, if not most cryptos that were booming since the beginning of 2021, are now witnessing a downwards trend in the market.

Leaving behind the reasons, the markets have been consolidating and slowly recovering at the same time. Some believe that the current up move is going get sold into, while the rest are certain that they are going to observe a W shaped recovery.

Bitcoin crypto is currently down 39% from its all-time high, while altcoins are down with an average of 45-50%. The straight-up comprehension would put Bitcoin in a better place. But percentage difference is not the right metric in deciding the better performing asset because the market cap and volatility of both these markets vary significantly. For instance, a drop of 4% in BTC token is equivalent to a drop of 6% on ADA.

According to major exchanges, the inflows in stable coins surged in the last week. However, the same capital is now expected to be used to get the dip. And many investors are confused about the proportional allocation of money in different markets.

While Bitcoin might seem like the safest option to most novice investors, the charts do not seem to agree. Bitcoin can indeed have a decent recovery but can turn out to be a laggard when compared to altcoins.

The BTC dominance has been plunging since the start of 2021 – clearly indicating that the people are finding themselves better off with Altcoins. BTC Dominance Index (BTC.D), which was at levels of 70 in January 2021, has dropped significantly and is now around 43. The nosedive is no surprise for many, as the altcoin season begins during December.

But with the markets seeing an unexpected freefall resulting in a spike in BTC dominance, as it surged from 40 to 48 in only four days. The reason can be accounted for the 50% and higher drop in altcoins to 40% in Bitcoin.

Interestingly, as the recovery in all markets began, the Dominance market reversed south in no time. And the below illustration clearly shows the Altcoins are in dominance as they are recovering. It would be of no wonder if BTC.D plummets to levels of 40, given the recovery game of altcoins remains stronger.

After the massive drop on 19th May 2021, BTC/USDT put its low at $30,000 – a major demand zone on the higher time frame. The initial recovery came in strong, leaving a tail in the bottom. But the move got sold into from the resistance, where the sellers took the market down to $32,000. The buyers stepped up in this area but barely achieved much, as they were unable to reach the previous high at $42,350, in the sense that the market is going into a squeeze, as illustrated in the below chart. And a squeeze depicts strength coming from both buyers and sellers. Hence, it is that that decides where the market breaks out.

Note that a drop below the squeeze does not indicate that sellers will take over the market, nor does it mean that the buyers are all set to raise the prices if the market breaks above the squeeze.

A breach above the Resistance or below the Support can be a better concluding factor on the direction of the market.

ETH token has a similar conclusion as that of Bitcoin (BTC) but is different in price action. The initial low set by Ether was $2000, but the following drop took the price beneath its previous low – to $1800. Having that said, the buyers managed to leave a high resistance, unlike Bitcoin.

On the second move by the sellers from the Resistance, the price failed to reach its previous low, as the buyers maintained grounds at the Support.

To better understand where the money is flowing, let us take another altcoin into consideration.

Below is the chart of Polygon crypto in the 4-hour time frame. It can be clearly ascertained that the recovery here is coming in quite strong. While other markets were moving between a Resistance and the Support, Polygon altcoin is trading closely between the ATH and the Support.

The markets are showing good signs of recovery, but it is also necessary to get in the markets that can be a leader in the long run. And we hope we were able to give clarity in this regard.

Now you can instantly get your favourite coins from our list of credible and notable exchanges before you are too late. Happy investing!