News / Who Are The Strong Contenders For The Polkadot Auctions?

Who Are The Strong Contenders For The Polkadot Auctions? 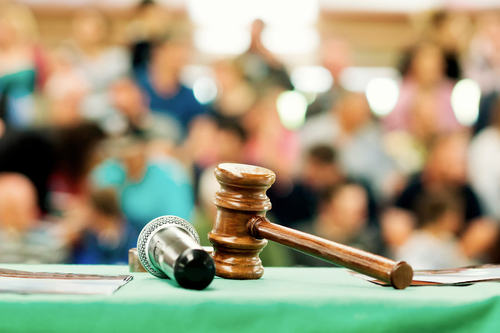 Polkadot cryptocurrency project is back in the limelight amid the parachain auctions currently taking place. After its testnet project, Kusama had a successful auction, the auction on the mainnet project Polkadot has higher expectations. And the current data of the crowdloan clearly suggests that the interest and hype in the community are building up.

In the days ahead, the next round of Polkadot parachain auctions will begin, with a slew of fascinating new projects contending for a position on the growing Web3 blockchain.

Polkadot developers deployed the first parachain to their network on November 5. Custom, project-specific blockchains that may be incorporated into the main blockchain are known as parachains. Polkadot stands out because of its Cross-Consensus Message Format. In essence, it would allow users to send and receive assets between parachains, as well as execute smart contracts. However, the technology is still in its early stages of development.

The forthcoming parachain auction will be held on Binance, where a mellow phase for early investors began earlier this month. The warm-up phase will see early investors get a whopping $30 million in incentives. Meanwhile, the auction period begins on November 11, through which DOT holders are able to stake DOT tokens for the projects they want to support over the course of five rounds. The auctions will finish on December 21, after which the winners will be revealed, and Binance will provide prizes to people who voted.

Also, the parachain auctions might bring a pump in both Polkadot’s native asset DOT and Kusama native token KSM if a growing number of tokens are withdrawn from circulation as a result of the crowdloan.

Manta Network, a Pri-Fi (privacy financing) initiative, is one of the nine blockchain ventures participating in the upcoming auctions. Manta seeks to make end-to-end privacy for blockchain apps a common feature of the Web3 architecture, employing a variety of cryptographic techniques such as zkSNARKS.

In fact, Manta’s proposal entails converting Polkadot network assets into privacy coins. DOT can be a great example in the near future if the projects make it through the auctions.  These coins can be anonymously traded for other parachain assets or secretly moved to any other Polkadot-based wallet address after they’ve been cleverly privatized. As a milestone, the Manta team hopes to make its privacy-preserving method accessible to all blockchain apps in the future.

As of November 10, Manta Network has raised over $12 million and stands at the sixth spot in the total funds raised.

Moonriver (MOVR) is a blockchain-based smart contract platform that is fully compatible with Ethereum. The goal of the project is to make it simple to construct or relaunch Solidity-based apps using popular development tools. It makes use of the Ethereum Virtual Machine (EVM) to allow developers to quickly migrate their applications to Moonriver.

The Acala project is currently in the lead after raising more than $565 million in the Polkadot crowdloan. This project is expected to complete first in the auction as it is over $200 million behind the market.

Users deposit their DOT into a digital vault during the crowdloan and earn two sorts of tokens after the release. The native Acala (ACA) coin would be used for transaction fees, rewarding nodes, staking, governance, and protocol maintenance, among other things. The utility token will be created in its entirety in its genesis block, with a fixed supply of 1 billion.

The Liquid Crowdloan DOT (lcDOT) is the second token that investors will receive.  Each lcDOT in the crowdloan represents an underlying DOT. Users can use lcDOT as collateral to manufacture Acara USD (aUSD), the network’s native stablecoin, among other things. Users will be able to retrieve their locked DOT with lcDOT after two years.

As far as the price action of DOT is concerned, the demand for the token does not seem to take a pause. After several months of consolidation, the DOT market has managed to break through the previous ATH of $49.80 to a new high at $54.

The trend of the market is clearly to the upside, and the bulls are getting stronger every push to the north. Also, as a consequence of the auctions, the uptrend could continue without any major hurdles along the way.

Now you can get Polkadot crypto and most of your other favorite cryptos from our list of popular and reliable cryptocurrency exchanges.