Bitcoin (BTC) had a limited breakout in the new trading week, breaking above $24,100 for a few hours. Afterward, BTC slid again in the $23,000 range. Trading volumes turned more active at $26B in the past 24 hours.

BTC remains poised for attacking another price range, though for the past two months it has tightened both the dips and the rallies. For now, BTC limits its breakouts to about $1,000 in 24 hours, still in the bear market territory.

The more time BTC spends at the low range, the more the hope for a fast recovery evaporates. For now, BTC managed to achieve a local bottom of around $17,700, though there are still predictions for levels of $10,000 by the end of the year if another capitulation event happens. In the short term, BTC seems to be able to bounce from the downside, again making a series of higher lows.

This time, BTC has survived the worst of the Celsius fallout with only a small drop, while the bigger slide from $48,000 happened on general loss of bullish attitudes. BTC also established a lower range of market cap dominance at 40.6%, while competing for attention with altcoins for the occasional rally.

For now, the most encouraging aspect of BTC’s long-term performance is that it has not broken under its average trendline. Even during dips, BTC has limited the downside, despite expecting much deeper capitulation events.

BTC also has to break resistance levels above $24,000 to extend its rally in the coming days. With weekday trading more active, price activity may follow.

In the past 30 days, the BTC volatility decreased, with a tighter range of price moves. The monthly volatility fell to 1.23%, from more than 4% in the previous quarter. Two-month average volatility is still 3.5%, reflecting the more active price action and the capitulation in June.

For BTC, the question remains whether the market is ready for the next bull run, and some predictions see the current price move as too weak to introduce a wider recovery.

ETH prices recovered faster, returning above the $1,700 tier. ETH traded at $1,765.64 in the beginning of the new week, on trading volumes above $15B in the past 24 hours. ETH reached the levels of BTC trading, once again with expanding open interest.

The ETH market price may continue to feel upward momentum leading up to the September 19 switch to proof-of-stake. Once again the rapid ETH recovery after a dip caused significant liquidations. More than $5M in ETH liquidations happened in the past 24 hours, while for BTC, most liquidations affected some of the long positions above $24,000.

There are also warnings that the current ETH open interest may reverse as the market consumes the news of the Merge event. Liquidity may dry up, leaving ETH to hover sideways in its role as collateral and a utility token for gas fees.

ETH short-term speculation is replacing the lowered BTC activity. For a short-term rally, ETH is expected to attempt a hike to $2,000.

The Ethereum network still sees close to 500,000 daily active wallets, with occasional spikes. Gas fees are down to $0.26 even for fast transactions. Ethereum remains central, though with increased competition from other blockchains, the most prominent of which Solana and Avalanche.

ETH-based decentralized finance stabilized with above $40B in total value locked. The supply of Tether (USDT) remains stable at 66.4B tokens, of which a significant part only moving on the TRON ecosystem. New stablecoin issues are limited for now, leaving USDT, USDC and BUSD at the lead.

FLOW, NEAR Line Up Among Gainers

Smaller tokens only go through minor short-term recoveries. The biggest gainer was once again Flow (FLOW), based on social media hype and increased trading volumes.

FLOW remains risky and is moving based on increased mentions on social media. The Flow network is another option for NFT launches and decentralized projects.

Near Protocol (NEAR) also rose to a one-month peak at $5.62, once again boosted by demand for Layer 1 solutions and interest in NFT alternatives. Near Protocol rose to prominence for its potential to line up as one of the important networks for the convergence of crypto assets and Web3 projects. 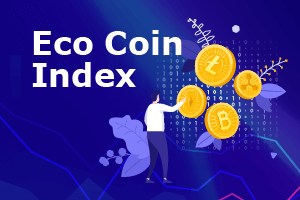