Bitcoin (BTC) extended the gains from the weekend, rallying above $22,500. This price move happened at a time when trading was still performed under a sentiment of extreme fear. For some, BTC may try to break out to a higher range, possibly looking at $24,000.

But there is also the scenario of another bull trap and a subsequent correction. BTC is still considered in a bear market and a relief rally may be insufficient. BTC has shown some indicators of setting a price bottom, but this will not guarantee a rapid recovery in the short term.

For a more decisive rally, the price is expected to move closer to the $23,000 range.

What Makes This Recovery Different

The BTC recovery this time follows the hype created through Ethereum (ETH) and altcoin markets. The BTC market cap dominance has not budged at 41.7%, while ETH rises by the hour and has a share of 17.9% of the entire crypto market.

Altcoins remain more volatile and can make fast gains with thinner liquidity. ETH is also leading the way after breaking above $1,500 for the first time in months. Polygon (MATIC) is also strongly affected, for being one of the tools to scale Ethereum. MATIC is now up to $0.95 after spending weeks near its lows.

Other previously depressed altcoins are also adding between 5% and 10% in the new week, extending the overall hype.

ETH liquidations also exceeded BTC liquidations, reaching more than $67M in 24 hours. For ETH, most often shorts were liquidated as traders expected the rally to break down soon. The current price rally may cause another case of jumping in to not miss on the gains, especially with the potential of BTC to stagnate.

ETH continues to rise over the news of finally moving to proof-of-stake. This evolution may have a limited effect on distributed apps, but is also viewed as a potential pathway to make ETH a better platform. This may translate into an attempt to drive the market price to new peaks, at least temporarily.

BTC signaled price bottom after an earlier miner capitulation, where some of the newly produced coins were taken to exchanges.

Additionally, the BTC price repeated a pattern of sliding under the 200-day moving average, which signals the cycle lows. The Rainbow Chart also suggests the price may not continue lower, though for now the price may remain in the accumulation range.

The BTC price is also climbing with increased uncertainty, often erasing some of the gains within minutes. This may make it more difficult to form a price move above a certain range and trigger automated trading or new market entrants.

Long-term holding behavior is still easily observed based on Glassnode data. The longer BTC spends in the accumulation stage, the more stable base of holders it will establish at this price range.

The trend extends the growth in wallets holding at least 1 BTC as a long-term bid for price appreciation.

One of the surprising gainers was the Shiba Inu (SHIB) token. The asset is known for its spectacular rallies, mostly due to its sub-penny price. SHIB this time only added 25% overnight, a tame performance. Yet the token briefly entered the top 15 of coins. SHIB remains very volatile and risky and may soon erase the gains.

Dogecoin (DOGE) remained stagnant this time, standing at $0.067 with gains of around 5%.

Ethereum Classic (ETC) added more than 51% to its price this week, as the token stands to benefit from ETH 2.0. ETC reached $22.38, still far from its all-time peaks, on expectations that ETH miners may move into the network and boost the token’s usage.

Ethereum Classic still lacks the app ecosystem of ETH, though it has wide representation on exchanges and relatively liquid trading.

The current rally has no guarantee of lasting longer or recovering levels from before the June 19 crash. But it is also a sign that crypto markets take only weeks to absorb even the worst news, such as the bankruptcy announcement of Celsius.

Even the CEL asset is still thinly traded, at least the tokens not locked by the bankruptcy procedures and available on exchanges. CEL stagnated around $0.79 after an attempt at a short squeeze.

The worst fear on the markets is once again the mention of Tether (USDT). But the USDT token returned to $1 after spending weeks at $0.99, with still no overt signs of loss of trust similar to Terra LFG. The supply of USDT remains just under 66B, also reaching a local bottom after falling from 83B tokens. 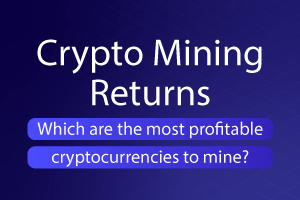