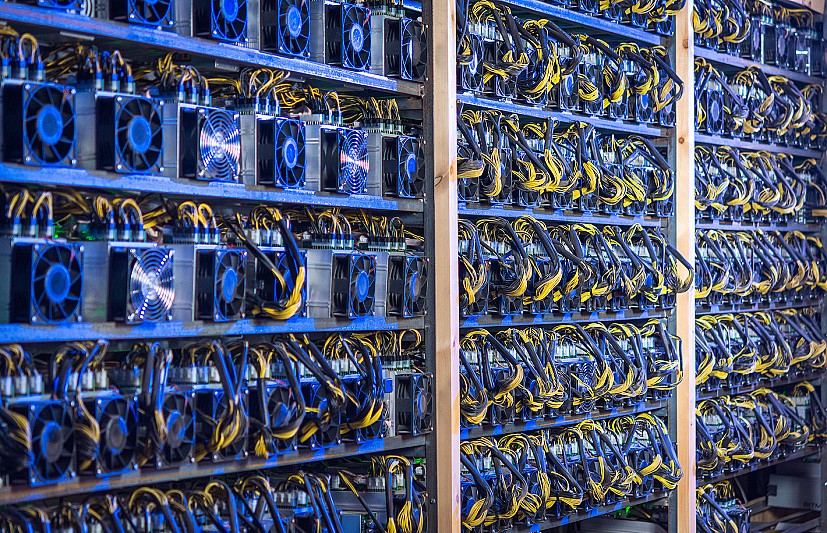 Bitcoin (BTC) mining is one of the constant sources of bullish reassurance, with signs of significant support from mining farms. The leading coin is in the process of reorganizing mining and compensating for the computing power lost after a ban on mining in the Chinese province of Sichuan.

The mining rate has dipped slightly to 142 TH/s, from a recent peak at 149 EH/s. BTC miners are yet to recover the hashing power lost, but there is already a trend of mining farms coming online. Bitcoin mining is transparent and shows the shift in increased activity, as miners face less competition from Chinese farms and can hope to gain more block rewards.

With the shift in mining balance, the US has taken the spot of China as the world’s biggest miner. While Chinese mining pools remain the leaders in block production, the actual rig equipment is not limited to any region. Any miner can join a large pool to increase the odds of producing a block and sharing in the profits.

A significant change shows the Binance.com mining pool appearing as a major block producer, entering the top 4 of miners. US Foundry Pool is also making a bid for significant block production.

Miners continue to be one of the drivers of BTC scarcity, with new data of holding onto the newly mined assets. The latest CryptoQuant data show miners may be holding about 15,000 BTC, with on-chain data suggesting flows to exchanges dropped significantly in the past few months.

Miners usually rely on renewable sources such as hydropower, and are less dependent on fluctuating energy costs. BTC mining is profitable even at electricity costs above $0.10 per KWh, and some miners may be capable of sourcing even cheaper electricity. Still, BTC mining may require a significant upfront investment.

The new Antminer S19 rig can produce 110 TH/s, but demand has raised prices to above $10,000. A single rig can turn profitable in a year, given BTC prices above $57,000. The potential to mine BTC with a single powerful rig may reignite the demand for amateur mining operations with only a few machines.

Balances of BTC on exchanges have stabilized around 2.45M coins, after withdrawals slowed down. Glassnode shows October activity is not following the pattern of dramatic withdrawals seen over the previous months.

Over the past weeks, the strength of the spot market continued to boost BTC prices, with both whales and small-scale retail wallets adding to holding behavior.

The recent price activity for BTC followed an inflow of nearly $800M in Tether (USDT) to the market, with additional boosts from USDT and the Binance native stablecoin, Binance USD (BUSD).

USDT is the biggest driver of BTC price action, with 61% of all activity, followed by the US dollar spot market making up 12% of all trading.

Is Leverage Returning to BTC

The Bitcoin trading sentiment of the Crypto Fear and Greed Index has shifted to 70 points, signaling traders are acting greedy again. There are signs that leveraged trading and renewed shift to futures trading may be returning.

For BTC, one of the most bullish indicators is that leveraged trading is much more subdued, and the spot market has kept prices stable to nearly $60,000. The previous bull run showed a massive growth in leverage funding, causing a rapid unraveling in May with a record number of liquidations. The most recent leg of price expansion is just starting to add leverage, with potentially sustainable funding rates.

Additionally, CME open interest on BTC futures has grown by about 40% in the past month, signaling a return of interest from institutions. CME is one of the options to trade BTC risk without holding the actual asset or getting exposure to purely digital asset exchanges.

The lag in Grayscale fund prices show retail interest for BTC from outside crypto exchanges is now lagging. Grayscale offers exposure via shares holding a fraction of a coin. Based on current spot BTC prices, Grayscale trades at the equivalent of around $52,000 per BTC.

Interest in Grayscale and GBTC investments has often been viewed as a generally bullish sign for BTC interest from a wider pool of more traditional investors. The Grayscale Ethereum trust is trading closer to spot market prices in the past weeks, showing BTC is not the single focus of investors.