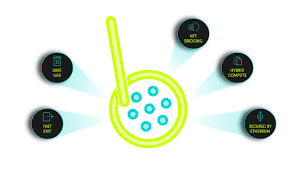 OMG Network (OMG) showed price action that suggested some interest in the asset. But the major price driver turned out to be the set date of the Boba Network snapshot. After that date, OMG immediately fell, wiping out nearly 20% within minutes.

OMG has been a relatively forgotten asset, which had its availability limited for US traders. The asset is now available on Coinbase, after some of the ownership fears were cleared, but trades with relatively low liquidity. The biggest interest in OMG comes from South Korean traders, with a significant part of the supply waiting for the airdrop on the Upbit exchange.

With limited and less liquid trading, OMG failed to move to three-digit prices, or line up among the leading side chain projects to sustain Ethereum usage. Now the release of the new Boba Network may start adding liquidity, competing with already established DeFi and NFT networks.

OMG crashed by more than 30% week on week, and 19% in the past day alone, sinking to $12.95, its usual range before the announcement of the upcoming airdrop. Trading volumes, however, increased to above $1.8B in the past day, accelerating as the initial selling may also encourage re-buying at a lower level.

Boba Airdrop Not as Smooth as Expected

The promised airdrop, despite its influence on the price of OMG in the short term, did not go as smooth as expected. Some older OMG owners may be sidelined, due to the relative difficulty of bridging onto the new network.

Depositing OMG to be able to use Boba Network may come with steep fees, and actually discourage some of the early investors. At this point, the OMG token may give way to attempts to acquire BOBA directly, especially after the addition of new projects.

Can OMG Recover its Price and Appeal

OMG has recovered in the past, but the recent price slide cut short some of the expectations for a short squeeze and a new price range. The OMG Network project will now have to demonstrate the impact of the Boba Network and the new BOBA asset.

One of the reasons for the OMG price drop is the expectation of selling after the snapshot. In the days leading up to the crash, multiple short positions were funded, raising some expectations OMG may see a short squeeze.

However, not enough traders were willing to move the price, benefiting the short-sellers.

Due to the increased and rapid funding for short positions on the Binance exchange, the market operator had to alter the funding requirements and settlement frequency, thus curbing the short squeeze pressures.

During the latest funding crisis, short positions managed to avoid the short squeeze, despite paying significantly higher rates for days on the OMG/USDT perpetual futures.

Is the OMG Token Still Relevant

The OMG token still exists as a layer 1 Ethereum asset, with limited use cases as a payment technology. Over time, it is expected the asset will be bridged to Boba Network. The OMG Network name will soon be decommissioned, in another rebranding since the project dropped the OmiseGo brand.

The condition to receive the new BOBA token was to either hold OMG on Binance, Bitfinex or another centralized exchange, or use the decentralized bridge to transfer the tokens. The Crypto.com ecosystem has also joined the airdrop.

The actual airdrop is expected within a week, and may boost the position and visibility of OMG. The project has renamed itself to OMG Foundation, and will consider Boba Network as its biggest contributor. Over time, all OMG can be bridged and exchanged at a 1:1 rate for BOBA tokens. In October 2021, the pre-airdrop registration and snapshot gave a 5% bonus of BOBA to early adopters.

In the current climate, owning OMG may only be a short-term proposition, and an entry point to Boba Network projects.

The BOBA token will have to go through its own price discovery mechanism, while the Boba Network adds projects. The BOBA trading may be established on centralized exchanges, which have already built wallets and support the airdrop. There are some signs Boba Network may soon start locking in liquidity in smart contracts.

OMG and BOBA may be considered underpriced assets due to their relatively low popularity. During the latest DeFi boom, OMG stayed behind, displaced by newer projects with fast adoption such as Solana (SOL) and Terra (LUNA).

Based on Ethereum on-chain data, there are 691,972 wallets holding OMG, with most of the top wallets belonging to exchanges. This will allow for a significant initial inflow of BOBA token users. The Boba Network also saw significant social media hype, adding to the potential user base. The project will aim to offer high-speed and low-fee solutions through the optimistic rollup technology, using a smart contract layer that is still connected and secured by Ethereum.