News / 5 Influential Altcoins and Tokens This Year and Beyond

5 Influential Altcoins and Tokens This Year and Beyond 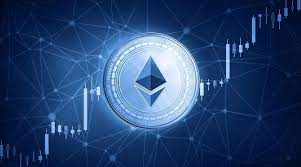 The coming year will be a time of estimating whether the booming altcoins will manage to continue their rally or end up in a bear market. Altcoins have become decoupled from Bitcoin (BTC), which is on its own path of building leverage and finding bullish factors for rallies.

BTC managed to reclaim the $51,000 level over the past few days, giving a break to other assets. Altcoins immediately reacted with significant overnight growth. In the past year, the big movers also look promising to continue with influential price action.

Binance Coin managed to climb to a new price range, starting at below $40 at the start of this year. BNB reached a peak at $672.33 in May before erasing half its value. Toward the end of the year, BNB still managed to recover above $500.

Binance Smart Chain and its related projects gathered more than $19B in notional value over the past year. BSC turned into one of the biggest hubs for image collections and NFT games, as well as for decentralized trading through PancakeSwap.

The other big arrival in the past year was the Terra ecosystem. The LUNA token quickly gained acceptance as a tool to mint UST, a new dollar-denominated digital token. LUNA, at $96.66, hovers near peak prices, with the expectation of moving up.

LUNA incentivizes owners to hold onto the asset, instead operating in UST. As the UST asset is more widely accepted, the value of LUNA is established. UST is being used to pay fees, buy NFTs or game items, similar to other stablecoins.

AXS was a token that tracked the peak success of the Axie Infinity game. AXS peaked above $160, then retreated back to $110.13. In the meantime, the Smooth Love Potion (SLP) reward token did not work as expected. After peaking at $0.30, SLP sank to around $0.03.

AXS remains the leading play to earn token with the biggest market capitalization. The game was also among the most successful to link popular demand and cryptocurrency adoption. However, the game’s reward system is in need of tweaking, showing the trend of in-game earnings does not translate easily into real-world value.

SOL established itself as a top five asset, turning into one of the biggest gainers of the past year. SOL was especially attractive since it started its year-long rally from around $1.50 at the start of the year. SOL reached a peak close to $260 before retreating.

SOL built up a wide community of supporters that envision the asset in the long term, potentially valued as high as $1,000. SOL, like BNB, turned into one of the major alternative networks to Ethereum.

Total value locked on the Solana DeFi collection of projects is still around $12.5B, with a slower growth compared to Terra.

The past year was also significant for Ethereum’s network despite the competition. The London hard fork in August brought a new fee schedule, burning more than $1B in value in the past few months.

The biggest problem for ETH were fees, with unexpected spikes in activity based on NFT minting events. Even regular usage for ETH tokens was relatively expensive. Using decentralized trading pairs often led to fees in the hundreds of dollars. While ETH is considered a well-established asset, it is still counted as an “altcoin”. Despite this, ETH managed to recover to 0.08 BTC and decouple from some of the BTC price moves.

The big challenge for the Ethereum network will be moving to partial proof of stake. There are expectations this may happen in the coming year, though ETH 2.0 has been delayed since its first mention in 2017.

Ethereum miners are still highly active despite the lower block reward, though the earnings are as much driven by fees as by block rewards. Ethereum now burns a part of the fees, while also raising scarcity by locking more than 8M tokens on the ETH 2.0 smart contract.

In 2021, for the first time there is a possibility that BTC will not absorb the earnings of altcoins. More and more networks incentivize holding their native asset instead of shedding it on the market.

The past year also saw some of the assets remain stagnant or not reach previously expected levels. Cardano (ADA) got a boost from its highly visible position, but failed to break above $3 or the even more optimistic level to $10. Ripple Inc. distanced itself from XRP and the asset only managed a short-term rally above $1.83. XRP stands just under $1 toward the end of the year.