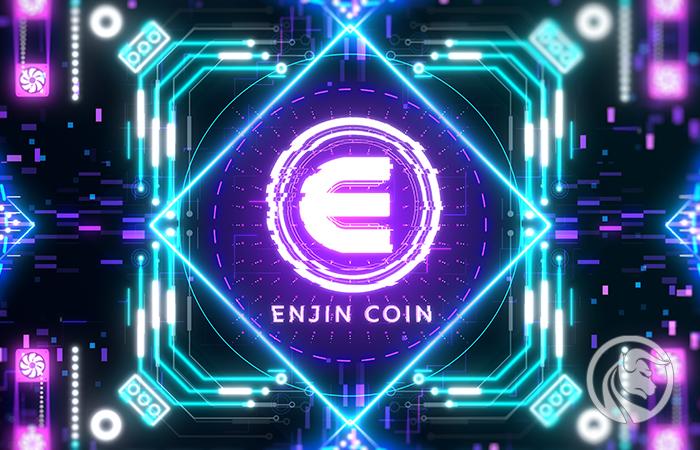 The cryptocurrency market still has significant funds seeking returns. With the rise in DeFi and more projects generating value in their economies, some altcoins are taking off. Usually, it is the coins and tokens behind projects with a growing internal economy and outreach to real users.

Altcoins moved positively while Bitcoin (BTC) continued to retreat and briefly dipped under $57,000. BTC retreated to $56,624.77, remaining relatively volatile in the short term.

Enjin Coin (ENJ) marked a series of all-time highs on Wednesday, reaching above $4.10 after repeating its previous peak from May. This relatively volatile asset belongs to one of the rapidly developing projects, which has gained attention both for reaching its milestones, and for sudden speculative activity.

ENJ trading volumes are just under $1B and remain relatively uneven over the course of days. One of the reasons is ENJ is still relatively less popular compared to the most actively traded altcoins and tokens on the Binance exchange.

One of the factors behind the rising interest in EJN is the planned creation of the Efinity ecosystem. Efinity will be a new scalable blockchain for NFTs, which will use the Polkadot protocol, another Ethereum scaling solution.

Efinity will compete in auction to become one of the parachains in the free Polkadot slots. With limited space for parallel computation, the new blockchain may land a valuable spot in the industry.

The parachain auctions are accessible through the Kraken exchange hub. The upcoming auction is pushing up both the price of ENJ and of Efinity Token (EFI). This asset is more thinly traded and hovers around $1.50, but expects to grow in value as it builds another piece of the metaverse.

The parachain auction will require a crowdfunded loan, where the usage of the DOT token will ensure Efinity wins a computational slot. The event will also measure the Enjin and Efinity community interest.

At this point, it is uncertain what impact the metaverse will have for altcoins. But the past months reveal heightened interest in the potential of play to earn and blockchain-powered virtual experiences.

The metaverse trend has been especially favorable for The Sandbox (SAND). The token reached new peak valuations above $5.66 late on Tuesday, trading on volumes above $5.5B in 24 hours. Hours later SAND extended the rally to $6.45 with the potential to break to a higher peak.

The chief boost for SAND is activity heading up to its alpha experience launch. The experience will be open to those that already own LAND tokens and land plots in the virtual metaverse. The hype may continue until November 29, when the alpha launch is scheduled, along with a 1,000 SAND award to lucky winners.

Crypto.Com Coin (CRO) is getting closer to $1 valuations after a relentless climb in the past week. Starting off from around $0.58, CRO expanded rapidly.

The asset peaked above $0.81 as it entered a new stage of price discovery late on Tuesday. CRO now aims to fulfill the $1 expectations, following a recently announced multi-year partnership with Twitch Rivals.

With the potential for gaming sponsorships and further popularization, CRO is evolving from being a fintech token to joining the blockchain gaming hype.

Fantom (FTM) abandoned its all-time highs above $3.17, but started climbing again in the past few days.

As the rally for Avalanche (AVAX) stalled under $130, FTM once again showed it is one of the actively traded play to earn tokens. The Fantom network is getting its share of game releases and project airdrops, further boosting its value.

For now, FTM remains one of the relatively low per-unit play to earn tokens. Others, like Elrond (EGLD) switched to a high per-unit price. EGLD backtracked from its peak, standing around $465 after the slide accelerated on Wednesday.

The play to earn sector of crypto space is growing gradually, with a notional market capitalization of above $36B. This collection of projects is showing its dedication to building usable products, while solving the problems of speed and scalability.

The rise in blockchain gaming activity is also benefiting Binance Coin (BNB) and Ethereum (ETH). BNB is attempting to regain the $600 range again, while ETH returned close to $4,300 after threatening to sink below the $4,000 range.

Solana (SOL), formerly one of the more attractive high-value assets, is taking a break, hovering with little change around $218. Decentraland (MANA) is keeping up its levels at $4.29, and Gala Games (GALA) recently peaked around $0.44. This class of tokens may be driven by game launch announcements in the coming months, as well as the general rush to create new metaverse versions, collectibles and game items.